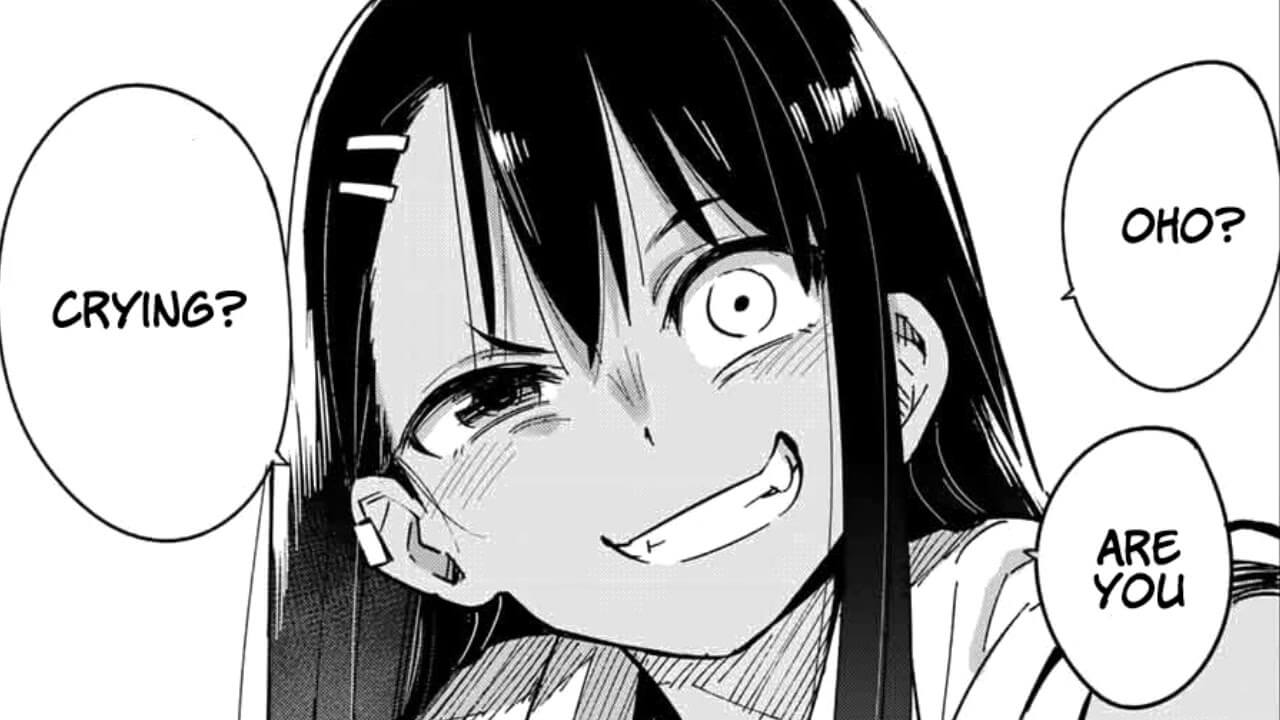 Please Don’t Bully Me, Nagatoro, is a pretty interesting anime. Based on the premise of a girl who loves to bully her Senpai, the title pretty much explains the premise of the manga. Therefore, the plot is relatively simple, however I’ve found Nagatoro to be a really enjoyable read.

The story doesn’t mess around – it’s simple and straightforward, and the title pretty much sums it up – Nagatoro loves to bully her Senpai, and takes immense pleasure in getting him as flustered as possible. The story certainly starts evolving more in the later chapters, and it goes around various locations. Surprisingly, despite the lack of a strong storyline, the manga is still really entertaining. It keeps you entertained, and wanting to see what happens next.

But that’s it – the manga is more about character development, than a rich and in-depth storyline. I’ve found this to be similar with similar manga such as Takagi-San. And for a manga entirely based around it’s characters, it does a great job.

This is where Nagatoro truly shines. Nagatoro is a blunt, harsh, and popular person, which is in stark contrast to Senpai, who’s a bit of a loner and quiet. It’s clear that Nagatoros initial interest was sparked with Senpai being an easy target – and Senpai allows it as he has a small crush on her, and he’s too weak to stop it.

Nagatoro and Senpai play really well off each other. What initially starts out as pure bullying actually starts to evolve, when it starts to become clear that Nagatoro is secretly harbouring a crush on Senpai. With her following him around, occasionally blushing around him, and in the later chapters, becoming very defensive of him.

As the manga continues, Nagatoros friends get introduced, and this is where it starts to become clear that Nagatoro has a thing for Senpai. Her friends are also popular ones at school, and Senpai is also pretty awkward around them.

As her friends start to bully Senpai, Nagatoro becomes jealous, trying to stop them from doing so. She also starts to bully Senpai more. I really like this subtle way of showing her odd type of love for him. It’s really well done and is pretty wholesome as it develops. Her friends are all pretty interesting characters too, and add to the story, ask Nagatoro sees them as rivals for Senpais attention.

It’s pretty clear that Nagatoro wants to be the only one who bullies Senpai.

The art in Nagatoro is really well done. The manga brilliantly shows Nagatoros behaviour and thinking through her eyes – I really find that the eyes are amazingly drawn, and really portray the feelings of Nagatoro well.