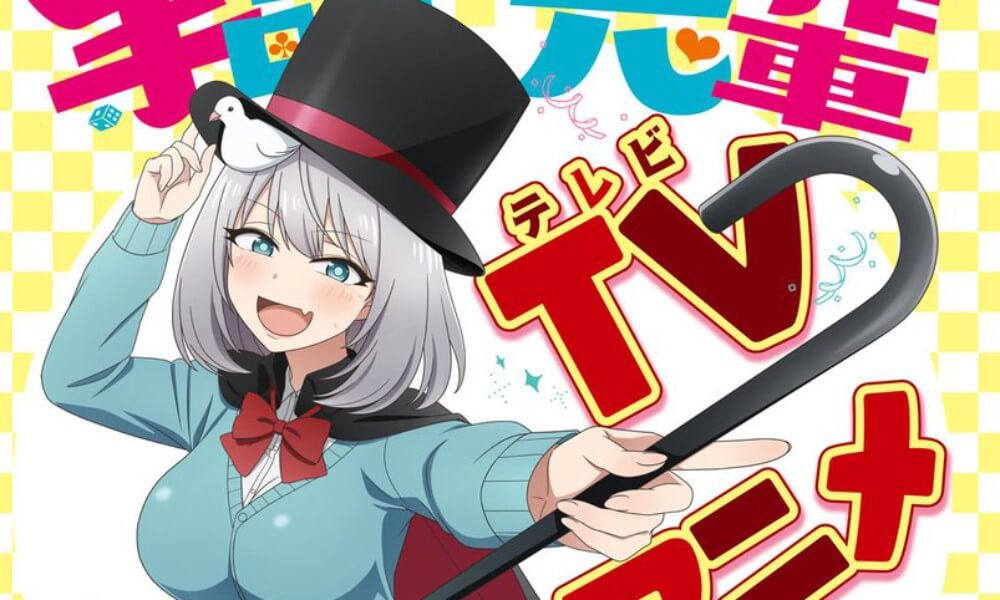 Another 12 minutes anime, Magical Sempai is a comedy anime that airs for 12 minutes on Tuesdays.

I was honestly surprised by this anime – it consists of short clips of Magical Sempai doing magic tricks in front of her new ‘assistant’, who got enlisted into the club. These tricks usually end in her making a large mistake, or (as Magical Sempai is an ecchi) an odd position. I found the first episode pretty funny – however, I can see it getting a little repetitive. Despite this, the first episode was funny enough that it gave me a few chuckles. The ‘magic’ tricks were varied, and this kept the episode fresh. However, this could change in the future – if every episode consists of four or five magic tricks, I can see things getting repetitive quickly.

The characters lack a lot. Whilst Magical Sempai is put forward as clumsy and useless, there isn’t much else. In addition to this, the assistant has no character whatsoever – with only a few seconds dedicated to trying to put across the feeling that they are the typical bored high school boy. This being said, the anime is quite a light one – being a comedy short anime, I doubt that it needs huge amounts of character depth.

Animation, as usual, is standard. Nothing to get blown away by here. The intro and outro were relatively upbeat, to fit the happy nature of the anime.

So, worth watching? If you’ve had a long day, Magical Sempai did put a smile on my face. If you are looking for something with a strong storyline and character development – then look elsewhere. Magical Sempai is decent for a quick, light watch, that may make you chuckle.