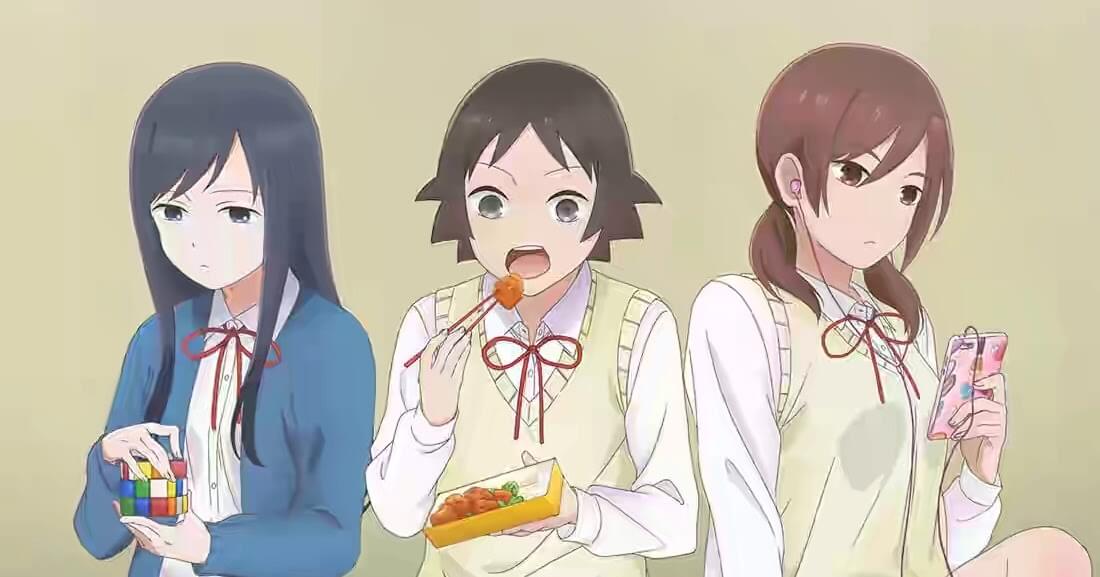 Other names: Joshikousei no Mudazukai

Wasteful Days of High School Girls airs for 25 minutes every Friday at 1:30 PM.

Not a good one this. Basically about a group of three high school girls, each with different aims. One wants to become a manga artist – another a microbiologist – and finally one who wants to be popular with the boys. They all have one characteristic, basic personalities attached to them at the start of the anime. The manga artist want-to-be is given the nickname ‘otaku’, for obvious reasons, the microbiologist want-to-be called ‘robo’ due to their lack of personality (and development), and the final one ‘baka’ as they are pretty stupid. The characters aren’t developed at all, and for an anime based around the characters, this really brings it down.

The first episode revolves around the third girl, who wants to be popular with boys. however, she entered a girls-only high school, meaning that she will likely be unsuccessful in her quest. After giving everyone in her class nicknames, and giving both her friends nicknames and trying to find her own, she goes onto asking fellow classmates if they know any boys, or dreaming about her ideal way to meet one. It’s not very entertaining.

Animation and artwork is mediocre – pretty plain all around, no great scenes, and nothing terrible, but it doesn’t add to the anime and doesn’t bring it up.

Wasteful Days of High School Girls is one of the weaker animes that I have watched this season. For a story that revolves around characters, so little depth is given to them that it simply isn’t entertaining.